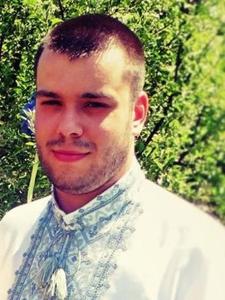 Maksym Altunin was born in Ukraine, Autonomous Republic of Crimea, Yalta. He graduated from Crimean University of Humanities and got Bachelor degree in History and Law of Ukraine. Since 2010, he had been an active member of university student council. He organized and coordinated a lot of activities at the university such as the annual charity trade fair, national holidays, international conferences and trainings. During 2011-2013 Maksym was a member of the local election commission of Ukrainian parliamentary elections and the Yalta mayoral elections. In 2012, he took part in competition of Youth Government of Autonomous Republic of Crimea, where he won the 2d prise for the best project of the economic development of the Bahchysasaj region. In 2010, he joined the Rotaract Club Yalta. The next year he took a position of the Secretary of the Club and in 201½012 and in 2013/2014 he was its President.