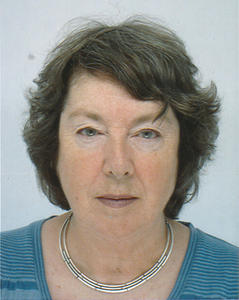 Valerie graduated in Geography from Exeter University and then became a qualified Town Planner – member of the Royal Town Planning Institute   (now retired).  She is a Fellow of the Royal Geographical Society.  She worked for many years as a town planner for a County Council in the UK and then took a career break to bring up three children.  She  subsequently worked as a planning/business adviser for the Council for Small Industries in Rural Areas (CoSIRA), later becoming an Economic Development Officer with the Rural Development Commission (RDC); then Area Manager, then Regional Manager for the nine counties in South East England.  She was transferred in 1999 to the new Regional Development Agency – the South East England Development Agency (SEEDA) and led their rural work as Rural Director until September 2010, when she retired from full time employment.   She has worked with several rural European programmes – including Interreg and the Rural Development Programme, and been a member of several pan-European partnerships since 1994.   She is currently the President of the European Council for the Village and Small Town (ECOVAST) International.  She has specialised on work on small towns and rural tourism.  She recently presented papers at the International European Rural Tourism Conference in Piatra Neamnt, Romania in 2012; the OECD Rural Conference in Bologna, Italy in 2013 and Piraeus Bank Cultural Foundation Conference on Cultural Landscapes Conference in Athens, Greece in 2014 and the European Congress of Local Authorities held in Krakov, Poland in 2015 .  She is also a member of the European Rural University (ERU) and represents ECOVAST on the PREPARE Organising Group and the CIVILSCAPE network.