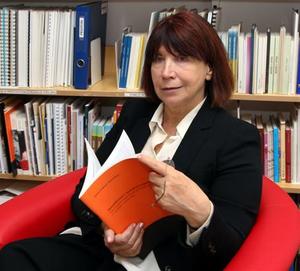 Now Head of the Institute for research and development of education within Slovenian Third Age University, Dr. Dušana Findeisen has been dealing with education of older people in former Yugoslavia, Slovenia and in many European countries since 1984. In 1986 she co/established  Slovenan Third Age  University together with Prof. Dr. Ana Krajnc from the University of Ljubljana. Within the network of currently 49 U3As, Slovenian Third Age University (for 15 years she was its President) she I(co)- introduced a great number of nation wide applied innovations (a national network of cultural mediators in public institutions, education for trainers in the field of education for later life, education for local development, study circles, etc.). She took part in several international research projects. In the framework of UNESCO’s ALPHA project dealing with functional literacy and basic skills she wrote a scenario for a short film “You will have to do it yourself) which was presented at the UNESCO World Conference in Hamburg as an example of good practice). Her recent publications are in the field of intergenerational learning, cultural mediating and education of older people. For five years she was an AGE PLATFORM expert in the field of employment and education of older people. Out of her long lasting experience with Slovenian Third Age University, she created at  University of Ljubljana, Faculty of Philosophy Socio-cultural animation and education for local development. She has been extensively contributing to shaping several national policies concerning older people and their active ageing.