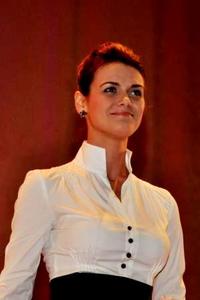 Iryna Gumenchuk was born in Ukraine, where she graduated from Kyiv National Linguistic University and got her first education in Philology and second part-time education in Law. Since 2009, she had been an active member of university student council and university trade union committee. In 2011, she joined the Rotaract Club Kyiv-City and due to her social engagement, in short time took such positions as the Secretary of the Club 2012/2013 and the President 2013/2014. She was a coordinator of the local charity projects devoted to national state holidays. This year she took part in European Voluntary Service in Agapedia Jürgen Klinsmann Foundation funded by Erasmus+ program. As a volunteer, she was assisting in the organization of the forums, special events, conferences, workshops within “Jugend im Wandel” project. Currently she is studying at Heidelberg University, Master of Non-profit Management and Governance.